Yes, stay on United Kingdom No, go to United States

Login now to your personal area of EGGER with exclusive topics and enjoy services and benefits. 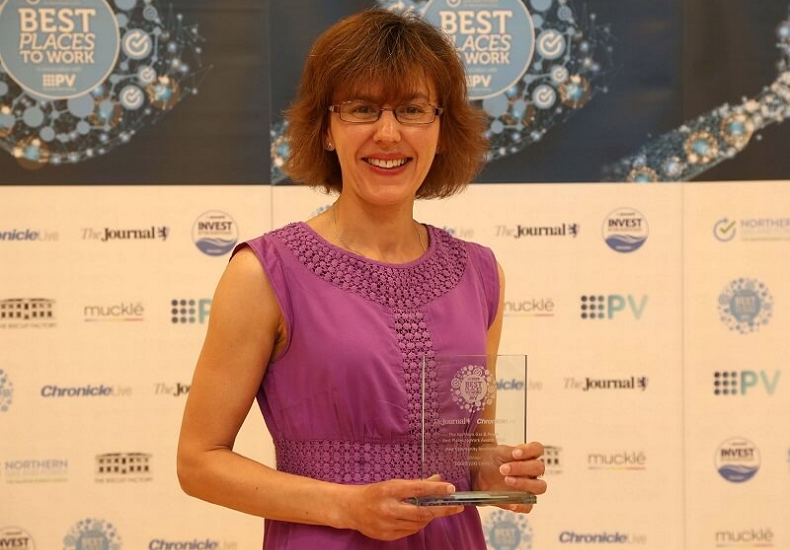 On Wednesday 27th June, EGGER (UK) Limited was named as one of the best places to work in the North East, collecting an award for winning the ‘Best Community Involvement’ category in this year’s Best Place to Work Awards, held at The Biscuit Factory in Newcastle Upon Tyne.

The awards are organized by The Journal in an effort to search for the best places to work in the North East. There to represent the company was Jackie Watson, head of marketing communications.

Jackie Watson, head of marketing communications, EGGER (UK), said: “It’s fantastic that EGGER has been recognised for our involvement within the local community. In line with our core values, we aim to create a positive presence in the North East through a large variety of charitable activities as well as sponsoring local events.”

EGGER supports a nominated local charity alongside additional charities. In December last year, EGGER presented its official charity, Northumbria Blood Bikes, with a brand new, fully-serviced Yamaha motorbike with two years’ worth of fuel.
The money was raised via a range of different events throughout the year including pub quizzes and physical challenges such as the National Three Peaks Challenge.

EGGER has also set up the EGGER Runs initiative, where employees are encouraged to participate in running events to raise money for charities. The scheme reimburses entry fees and sponsors employees five euros per kilometer run. Over 35 EGGER employees challenged themselves in 2017, running 1,709.50km in support of local communities and charities, raising a record amount of £7,580.75. The company is also the official sponsor of the Sport Tynedale Awards and Hexham Running Festival. The company also supported this year’s Hexham Rowing Regatta and the completion of Kielder Observatory’s Gillian Dickinson Astroimaging Academy.

EGGER also attends local school open events and taster days to support students in mock interviews and career choices. EGGER is also a member of the North East STEM consortium which involves offering apprenticeships. It also provides a bursary each year to support a student, last year sponsoring a 17 year old student in his award-winning degree course, helping him to pursue his dream of becoming a kitchen designer.